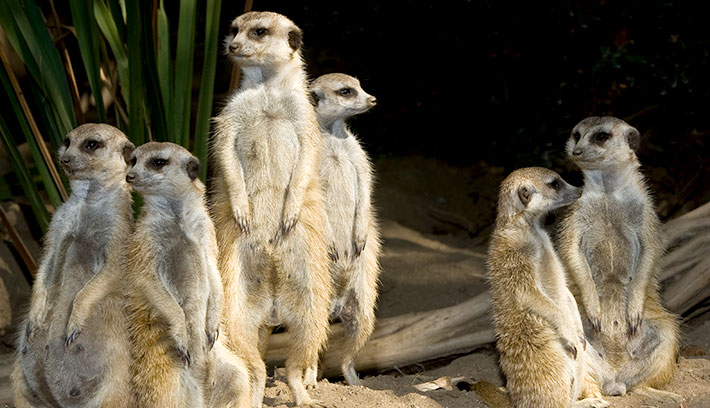 This post was written in the days following Rio 2016, infused, as a Brit,  with the euphoria emanating from Team GB’s remarkable and inspirational achievement. Two excellent articles circulating at the time also triggered these reflections:

1. The latest post from Carolyn Childs of MyTravelResearch,  Does Tourism Suffer from the Innovator’s Dilemma?  in which Carolyn concludes her thought provoking and substantive discussion of how to increase innovation

within the tourism industry, with this prescient observation:

Meerkats are the ideal example here… They are always working together to scan the horizon and work in teams to do so. In the harsh environment of the desert or savannah that has given them a distinct survival advantage.

2. Skift’s insightful but long overdue piece on “overtourism” Iceland and the Trial’s of 21st Century Tourism  in which Skift’s author, Andrew Scheivachman, draws our attention what is now emerging as tourism’s own “wicked problem” – how to manage run away success when no one is or can be in control? Skift describes Iceland as

…a mirror to the larger changes that happen in a destination when the democratization of global travel meets the willingness of destinations to make tourism as the growth engine of their region.

The Skift investigation explores the problems: beginning with gateway problems at its primary airport, to hotel infrastructure, to Airbnb running rampant, to too many tourists with too little understanding of the ecological fragility of the country, to climate change and tourism’s effect on it, to too few trained tourism professionals in the country, to tour operators feeling the burden, to pressure on understaffed local police, to hollowing out of Reykjavik’s downtown, to early signs of locals resenting tourists, and more.

If a first-world country like Iceland is having trouble with figuring out the solutions, what hope do countries like Cuba or Burma have?

I am thrilled that Skift is using its reach and influence to highlight the deep issues associated with unchecked tourism growth even though the question posed in the last paragraph of their quote strikes me as somewhat patronising and possibly inaccurate. Countries like Cuba and Burma, where pre-western traditions have a louder voice and where community is alive and well, may have a greater chance of avoiding the perils delivered by so called “success”, as the western world has defined it.

Despite being a highly dynamic, fluid human-system of self organizing agents with virtually no leaders sufficiently empowered to mould it to their will, post war tourism has applied an organizational structure (hierarchies and siloes) and processes (command and control by those with power and budgets) derived from industrial models. Since the emergence of agriculture and later industry, humanity has embraced hierarchies as an effective way of allocating resources, defining roles and enabling organisations to operate. But, as we’re seeing in tourism, hierarchies have serious limitations, especially in a period of rapid technological, social, political and ecological change.

As Don Tapscott observes in the foreword to Smart Swarms,

“Communication from the bottom up is often limited, except through formal labour-management relations. Hierarchies are typically bureaucratic, and employees lack motivation. Increasingly, they are insufficient as a way of organizing for a past paced economy where human capital needs to be unleashed for innovation, value creation and customer relationships”

They certainly don’t work when those those few organisations with sufficient power and budget to face the need for radical change decide to sustain “business as usual” and behave like ostriches.

The Skift article attributes “overtourism” euphemistically to the “democratization of travel” – both words code for sustained, compounded volume growth. If you buy that such growth might, in fact, be a wicked problem especially as we really don’t know how to modulate it, then you must also accept that traditional fixes proposed from the same mindset that created the problem, won’t work either. Nothing less than systemic transformation is needed in which case, according to W Edward Deming, the father of Total Quality Management (TQM);

And if you want highly contemporary evidence that working in teams comprising highly diverse sets of perspective and skills with the freedom to experiment, fail and learn then look at Team GB. Everyone of the 67 medals that GB’s athletes brought back home this week represents the efforts of a hoard of invisible others (scientists, coaches, nutritionists, therapists, designers, drivers, psychologists, mums and dads) all focused on developing the athlete as a whole person. Just imagine what could happen if we applied a similar approach to how we run companies and whole sectors i.e., create the conditions for individuals to stretch, grow and flourish by giving them an inspiring reason  to do so. Interestingly, athletes, interviewed post-Olympics, often state that while achieving a medal was a personal goal, they were spurred on and inspired by the higher purpose of giving back to their country. Group i.e. collective euphoria played an important role too. In a post-Brexit Britain, two weeks of optimism, collective hope and joy were a welcome tonic.

Over the next series of posts, I’ll examine what makes a problem “wicked,” why new forms of leadership are needed; what that leadership might look like and the relevance and effectiveness of setting “flourishing” as a goal.